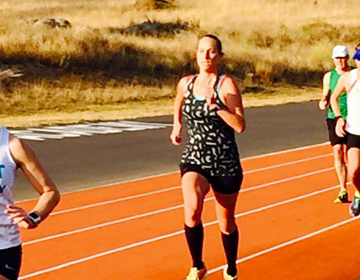 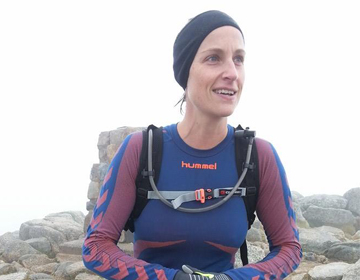 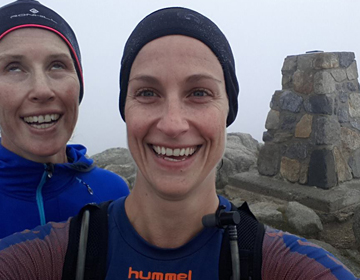 What is your age, and how long have you been training with SWEAT Sydney?

Rapidly approaching 44. I have been training with SWEAT for seven months. I converted to running just over three years ago, having played back to back hockey seasons for 31 years prior to this.

Are you an online only client, or do you attend sessions as well?

I am a regular on Tuesday, Thursday and Saturday and have just started Sunday sessions too.

What has your progression as a runner been like? How have your times improved?

Supersonic! I struggled around the Sydney marathon in 4:07 last September. I joined SWEAT in October 2014 and less than seven months later ran Boston in 3:39, dropping 15 minutes off my all-time PB.

What has been your experience in training with Sean as a coach?

Sean prepared a personal program for my Boston training. It was challenging and stretched me beyond what I thought I was capable of. The effort built gradually and there was a strong emphasis on making sure I warmed up and cooled down properly. He kept me injury free and delivered me in perfect shape for Boston. I loved training with the squad from the very first day. It is obvious Sean is loved and respected by those he trains and there is great camaraderie in the group. On Saturdays it is inspiring to be able to share a training session with some of Australia’s elite athletes.

Would you recommend Sean as a running coach, and if so, why?

Absolutely! Sean is incredibly motivational and very knowledgeable. He is responsive to questions and very flexible. I travel regularly so there were many requests to change an outdoor session to a treadmill equivalent, all of which were accommodated without any issues. Even though there are so many talented runners in the club and my running achievements are modest, I still felt he was invested in my goals. At times during the lead up to Boston I was failing to meet some targets but Sean was always encouraging and assuring. Every time I was racing, he knew exactly what time I would arrive at the finish line.

You recently married Peter. A couple of years ago when you met him he was a non-runner and out of shape. How did you influence his health and fitness?

When I met Pete the only running he did was to the bar when happy hour was about to end. He enjoyed pork belly and had sky high cholesterol. Our first run was 7k and he puffed along behind. That was the last time I beat him. The man who could not be prised out of bed before 7:30am announced recently (when I stayed in bed instead of running) that the “the apprentice had become the master”. Having coaxed him to SWEAT, he became a die hard. I am incredibly proud of him. His first marathon was the Six Foot Track where he came in under five hours. In less than two years he has completed five marathons, PB’ing in Boston with a 3:19. The cholesterol is low and he is in great shape. Saying all that, I am sure his school report card read “if only he applied himself”. The comments remain the same today!

What did you think of the hype of a major marathon like Boston, both during the race and in the lead-up?

Like all things American, the communication, organisation and build up to Boston was phenomenal. Everything ran like clockwork, from the great Expo to the yellow school buses shipping participants to the start line and well equipped athletes’ village. The atmosphere in the city on race weekend was electric. The “Boston Strong” logo was everywhere reminding of the tremendous resilience of a city struck with such mindless tragedy two years prior. Race day itself was insane. Despite the pouring rain, wind and cold the course was packed with spectators, banners, bands and volunteers. Not to mention the Wesley Girls. I was hoping the allure of a kiss at Wesley would delay Pete enough to enable me to slide past. Andy had been sucked in by the sirens the prior year and had said it was almost impossible to get started again. Sadly, my plans of domination were defeated-the wedding vows had only been exchanged two months prior and were obviously still front of mind.

At what point in the Boston Marathon were you confident that you were going to smash your PB?

When I looked at Sean’s race plan I honestly thought there was no way I could pull it off. Training constantly on tired legs left me wondering what could happen on the day. I passed through 21k at PB time and felt great. Sean had told me to hold steady until 30k and then tip everything I had in. I did exactly that. For the last 12k I had Sean fixed in my head and I wasn’t going to let him down. I crested Heartbreak Hill with 8k to go and knew I was going to PB but not if I would make my goal time of 3:45. As I turned onto Boylston I realised not only would I PB but I could get in under 3:40. I swear they moved the unicorn finish line several times in that last 600m sprint home but finally the line came up with 3:39 on the clock. I was astounded and had tears pouring down my face. It was a very emotional finish.

That was a major breakthrough in performance. You are now moving to a level where you can push for podium finishes in your age group. What are your major goal races for the next twelve months?

I am not sure about age group podium finishes, although I did podium once in the Bhutan Himalaya Marathon (largely because only five women entered and one was bitten by a rabid dog)! Of course, I will target to get as fast as I can and will be focussing on reducing my 10k (47mins) and half marathon times (1:47) for the remainder of 2015. There will be another marathon next year. Pete and I are negotiating over whether it is London or Berlin. I have three Continents to go before I can claim to have completed a marathon on every one. That is the long term running goal.

Who is your favorite runner?

I recently read a great story about Australian athlete, John Landy. In the 1956 Australian National Championship 1500m he doubled back to check on another competitor who had been tripped up in the race. Both the fallen athlete and Landy resumed the race, with Landy making up a huge deficit to win. An incredibly selfless act and great display of sportsmanship.

Who is your favourite non-running sportsperson?

Roger Federer gets my vote. Consummate athlete, humble sportsman, all round nice guy.